The World Heritage Convention was adopted by UNESCO (the United Nations Educational, Scientific and Cultural Organization) in 1972. The Convention aimed to help identify, protect and conserve elements of global cultural and natural heritage considered to be of outstanding interest and therefore needed to be preserved as part of the world heritage of mankind. The UNESCO World Heritage Committee was created to oversee this work.

To be inscribed on the World Heritage List, the nominated property must demonstrate that it has Outstanding Universal Value (OUV). OUV means to have cultural and/or natural significance which is so exceptional as to transcend national boundaries and to be of common importance for present and future generations of all humanity. 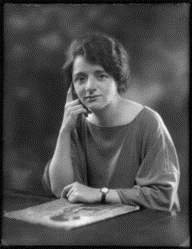 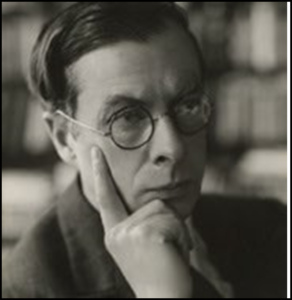 The United Nations itself was established in London in the aftermath of the Second World War “to save succeeding generations from the scourge of war”.

This objective was reflected in UNESCO’s own founding Constitution which declared that:

“That ignorance of each other’s ways and lives has been a common cause, throughout the history of mankind, of that suspicion and mistrust between the peoples of the world through which their differences have all too often broken into war”;

At its founding nations agreed UNESCO’s primary purpose as being

UNESCO seeks to use education, science and culture to develop such mutual understanding of and between different peoples and cultures, through the promotion of greater interaction, exchange, dialogue and collaboration between individuals, groups and nations.

Since its creation UNESCO has developed a broad range of international programmes and initiatives supporting projects across the world. These include the establishment of a number of important UNESCO designations, of which World Heritage is the most prominent and has the largest number of designated sites. Other prominent UNESCO designations include Biosphere Reserves with 727 designated sites including 7 in the UK, Creative Cities currently numbering 246 worldwide with 13 in the UK, and Global Geoparks, with 169 sites worldwide, of which 8 are in the UK.

More information on UNESCO and its designations, programmes and initiatives, and how these impact on the UK, can be found through the UK National Commission on UNESCO at https://unesco.org.uk/

To learn more about UNESCO’s history and its work see the video at: https://www.unesco.org/en/75th-anniversary

What is World Heritage?

There are also mixed sites which are designated for both their cultural and natural significance, including many cultural landscapes.

The Convention sets out a series of categories of cultural and natural heritage, one or more of which nominated sites must demonstrate, through a statement of their significance, that they are internationally outstanding examples.

The first 12 World Heritage Sites were designated in 1978 and included the natural sites of the Galapagos Islands and Yellowstone National Park, and the cultural sites of the Historic Centre of Kraków in Poland and the Rock-Hewn Churches of Lalibela in Ethiopia.

The Giant’s Causeway and Causeway Coast was designated as a World Heritage Site in 1986. 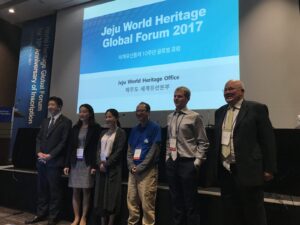 At the Giant’s Causeway, we keep in contact with sites in the Republic of Ireland, and other natural heritage sites across the world, such as the Jeju Volcanic Island and Lava Tubes World Heritage Site in South Korea. Staff from Causeway Coast and Glens Heritage Trust visited this WHS in 2017, and were able to share learnings about the common challenges facing Jeju and the Giant’s Causeway, including visitor management and site conservation.

The WHS Steering Group also continue to work with other UK WHSs, through membership of World Heritage UK.

View and Book Events in the CCGHT Events Calendar »

Go to our DONATE page.